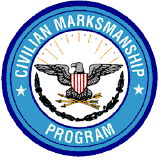 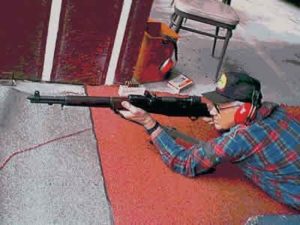 Event Details: CMP shooters generally use .223, or 30-06 (M-1’s). In previous days shooters used the army M-1 rifle almost exclusively. At MRC, the rules have loosened-up to the point that any rifle with a military history is accepted. It’s common to see M1’s, M1A’s, AR15’s, FAL’s, Sks’s, and the occasional 03 Springfield or SMLE.

History: CMP began in the early 1900’s when it was created by an act of Congress as the DCM. It continued to be known as DCM for most of its long history. The original purpose was to provide civilians an opportunity to learn and practice marksmanship skills in case they were called-on to serve the military. US Army administered CMP until 1996. Since then, the Corporation for the Promotion of Rifle Practice and Firearms Safety, Inc. (CPRPFS) has administered and promoted CMP. The CPRPFS is a tax-exempt not-for-profit organization that derives its mission from public law (similar to the Red Cross). The law establishing CMP mandates that it “shall give priority to activities that benefit firearms safety, training, and competition for youth and… reach as many youth participants as possible.”

Benefits: The CMP program offers a number of benefits to the public. In order to take advantage of these benefits, one must be a member of a CMP affiliated club, such as MRC, and must shoot 50 rounds in a CMP match. Benefits include eligibility to purchase government surplus rifles (M-1 and small-bore) and ammunition at discounted prices.

For more information about firearms and ammunition available through CMP, visit their web-site: www.odcmp.com.

Event Details: MRC runs two informal competitions plus two practice shoots every year.  Come along with your old military bolt action “bundook” and enjoy prone deliberate, prone rapid, prone and sitting snap, and offhand shooting at both bull’s eye and military figure targets.  Each string consists of 10 rounds, except the prone rapid which is a true “mad minute”; meaning that it consists of as many rounds as you can load and fire in 60 seconds.  All targets are at 200 yards. No previous experience required, just bring along 60 or so rounds of ammunition (plus a military sling and some stripper clips if you have them). This is without doubt the most fun you will have shooting your old military bolt action rifle anywhere in the Pacific Northwest.

Time: As with the CMP match, shooters should arrive at 9:00 AM to help set-up. The match will start shortly after 10:00 AM.  There are two relays, one in the morning and one after a short break for lunch.  First relay shooters will pull targets for the second relay, and vice versa.  MRC participants will earn a work point for setting up and pulling targets.

Cost: The match fee is a paltry $5 for club members and guests alike, and is used to maintain the targets.  The matches are generally held in May and November with the practice shoots held in April and October.  Keep an eye on the monthly calendar for dates.

The 200 yd Open Rifle Practice days are meant to encourage club members and guests to fine tune their Bolt action or Semi-automatic service rifles specifically using the 200 yard targets. Other non-service rifles will be accepted, as will use of the 50 and 100 yard targets. Members participating will be expected to pull their weight, similar to existing CMP or TA shoots, where you will work in the butts pulling targets for some portion of your time. Members are encouraged to bring a buddy to keep things even for shooting and pulling targets. Note, the 200 yd target holders are pretty greasy, so don’t come straight from church in your fancy duds.

Have questions or need further information?